OK
Delete ?
Warning: Adult Content
The content you were about to view is not suitable for minors.
The page that you are trying to access contains adult content, which may not be suited for minors. Please verify that you are aware of this, and are within legal age limit to access this content. Note that we take no responsibility for any content if you decide to proceed to this page as a minor.
Leave this page
I am an adult, continue
R.I.P. Kirby Morrow
Like
Drag & Drop

No renderings uploaded yet
513
35
About
Inventory
Share
On November 18th, 2020, Kirby Morrow passed away. As a brother, son, friend, and many other great things, he will be missed. He acted and voice acted in many different roles, one of which was Cole, from LEGO Ninjago: Masters of Spinjitzu. Let this wonderful Master of Earth rest in peace. 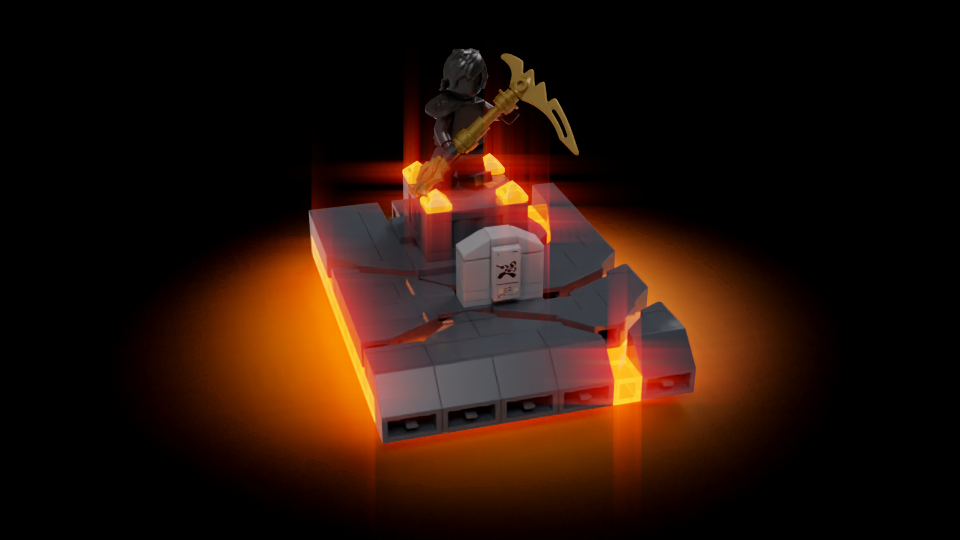 Guys, this is a memorial model. Let's not talk about the future of Cole, or how Kirby died. In fact, those are probably the most disrespectful things we could talk about. Kirby Morrow was a phenomenal voice actor, and one of the things that made Cole such a lovable character. But Cole doesn't, and never will, exist in real life. Kirby was a real person, who deserves our respect.

Let us mourn him, remember him, and honor him. He was a big part of, undoubtedly, many people's lives, and a part of many fans' lives. Now, I do not know whether we'll see him again. Hopefully we will . . . . Many people were affected by his death, so let's not be disrespectful to the people who were impacted by it most.

P.S. I purposely didn't include the #XD tag. I felt it would be very disrespectful on a memorial model.
ColeEarthKirby MorrowMasterMemorialMOCNinjagoOperator011R.I.P.
Download model inventory: CSV | Bricklink XML
137 pieces
Part
Image
Quantity
Name of the part
Direct Link
Embed Viewer
36 comments
Post comment
Login to comment
Guitarman2
We will miss him dearly.
Fireblade28
Fantastic tribute.
ClassyVoid
*sobs*
PyrokineticNinjaMaster
Epic render!!
PyrokineticNinjaMaster
Maybe exclamations were a touch disrespectful? Anyway, I'll miss him just as much as all of us...
In fact, my "dreams" the last two nights have been focused on his death. Miss you Kirbs!
-Lax_Swag5-
Off-topic note: You forgot the XD tag. I would like a render please. I'll PM you the model I want you to render
Legospy97
May he rest in peace, knowing he's surrounded by his own power
LWProductions
Beautiful job, SpecOp
LWProductions
@Lax
This is really not the model to be commenting that on, buddy. I'm pretty sure it's strictly a memorial thing...
-Lax_Swag5-
LW- I noticed the invisible text...
SnapStudio
What actually happened to him?
Operator011
Snap: We don't know. It's not really what we should be thinking about, TBH.
SnapStudio
Hmm, that’s sad.
SnapStudio
And sorry, I didn’t see that in the description.
TheGecko7
Sad to see him go, a great model to commemorate him too.
PyrokineticNinjaMaster 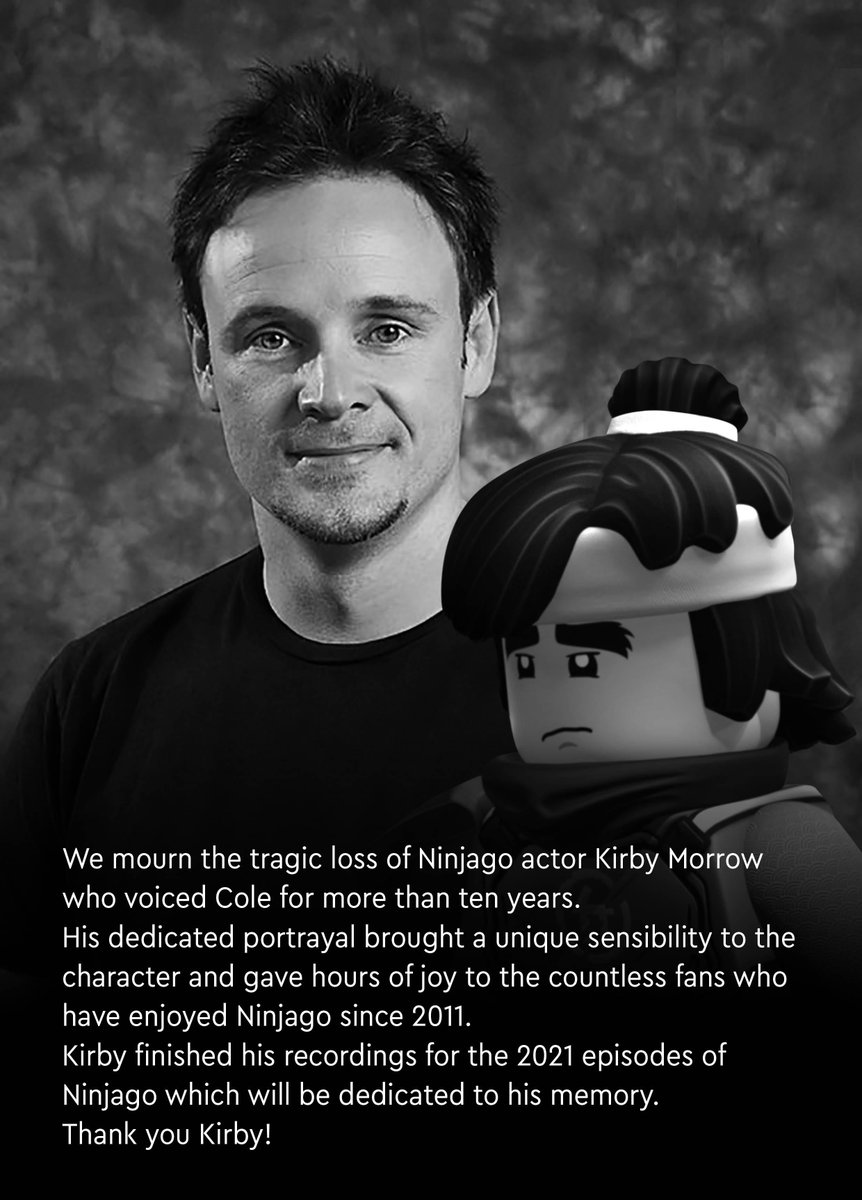 (The LEGO Group's official reaction)
ClassyVoid
*Cries*
ClassyVoid
Lego_Lover
Mick_4575
He did his voice recording for season 14 and part of 15 for ninjago (btw this is the best tribute i saw yet)
justyouraveragebuilder
is it weird if I say you forgot to add #XD? you know what, nevermind. too soon. too soon.
retrogamer8888
[deleted]
-Lax_Swag5-
You're being so rude. You act like it's a good thing.
Dr.ZKnight
F in the chat to pay your respect
justyouraveragebuilder
that is kind of disrespectful.
Dr.ZKnight
how? all I did was say put a letter in the comments to pay respect to him
Dr.ZKnight
I am not going to put something that would make me and others cry more.
Dr.ZKnight
I am sad and I want to cry but when people die, the best thing to do is stay strong.
Operator011
Guys, we don't need to argue about this. This is simply a memorial, so respect is a good thing.
Dr.ZKnight
okay ))))))))
RL7YT
sad but he had an alcohol addiction. his fault
PyrokineticNinjaMaster
It's kinda not respectful to talk derogatively about a dead man...
Plazma
Its so sad that our voice actor for cole died in a young age .
BusinessMonkey2022
It's so sad knowing someone else in this world build a barbie statue and put rest in peace bc apparently kirby has been in a barbie movie.
Ethanslego
we all will miss you Kirby
you were the BEST ninjago guy ever
IceBoyFigure22
It's been a year (not 2 because November this year hasn't come yet) since he died, and I still remember being confused as heck when he died. It's been a year, and I am still in disbelief, and it still feels like a very cruel joke he died.
by Operator011
144 models | 20.0k views