OK
Delete ?
Warning: Adult Content
The content you were about to view is not suitable for minors.
The page that you are trying to access contains adult content, which may not be suited for minors. Please verify that you are aware of this, and are within legal age limit to access this content. Note that we take no responsibility for any content if you decide to proceed to this page as a minor.
Leave this page
I am an adult, continue
The Last Chance Chapter 3
Like
Drag & Drop

No renderings uploaded yet
104
13
About
Inventory
Share
So... it's been a while scene I posted a chapter I had fun with this one, and hopefully it has slightly more action. enjoy!
I know I said that I made the thing model for the next chapter, but I think I'm ending that now.

Cody staggered to his feet, barely able grab hold of the SCAR

“I see,” he said after eyeing up Cody. “you’re what they call… relentless.”
Razer’s blaster then with a series of clicks and clanks it morphed into a R2 broadsword.

crippled with pain stranded the SCAR to his side and ripped it off a part of his sleeve, after applying some of the water from the filtration mask- he wrapped it around his burn, then with grit teeth, he ripped off the pocket knife from the SCAR at his side, and flipped out a blade, he didn’t really care what it was, he was either going to win the fight by some miracle, or he was going to die a swift death. The blade flipped out into a sword, almost regal in appearance, biting his lip he turned and faced the Sentry.

For a brief moment the Sentry seemed to be recollecting a bad memory from looking at the sword.
“Ah yes, your family's blade. It’ll be a joy to have a rematch.” he said with a snarl.

Cody lunged first- adrenaline bumping, he aimed the sword at the chink between Razer’s chest plates. But with inhuman agility, Razer spun around and brought his sword down upon Cody’s blade.
The sword fell to the floor.

“Honestly Master Wilson, I expected more from you. Your father would be most displeased.”

Cody smirked. He sidestepped around him dodging the swipe at his head, he fell to the floor and kicked the blade around, grabbed the hilt and slashed at Razer’s leg,
Razer, slightly surprised, jumped over the slash and brought his blade down with full force at Cody’s head.
Seeing his imminent death approach, he rolled, and narrowly avoided the deadly stroke.
The blade smashed into the floor wedged tightly between the metal plating. It held fast.
Cody flipped up, grabbed his sword, and stood in his ready position. By this point Razer had withdrawn his blade from the flooring. Then the fight began again.
The two opponents circled each other in a more menacing fight stance, keeping perfect pace, and testing each other's reactions. Once Cody was opposite to the sun, he made his move. He jumped, spun and bright the blade point straight down at his head,
Razer took his sword and flipped it to the flat.
Both blades shuddered upon impact. A small dent had appeared at the point of impact on Razer’s blade.
Razer slid his sword away to make sure Cody fell, then with expert skill attempted to flip Cody’s sword away while he was falling, but somehow he missed, and with a well placed kick from Cody he fell back staggering.
Cody ran towards the edge of the building, the next skyscraper was a short distance away. He flipped down the Regal Blade and jammed the Pocketknife into the SCAR, he flipped out the grapple and aimed for the roof

Then he let it fly.

Once he scrambled up the building about 10 paces away there was a hover Car being driven by another player.

“Get on” came, his rough voice slightly muted by the helmet he wore.
turning around he saw Razer who now had several more scraps on his chest plat with his long distance blaster aimed at the Hover car.
“You coming or not?” asked the stranger

He ran forward, caught the backrest of the seat, just as the stranger hit the acceleration switch- flipped up the weapons aiming system, the man fired a volley of bolts in Razer’s location yelling out something along the lines of, chew on this you piece of GARLIC!. Then he turned the car around and sped up,

After a few minutes of awkward silence Cody spoke up, “Not trying to sound ungrateful here, but, what are you doing helping me?”

The stranger sighed and looked down, “Look kid. Your friend, the guy who was your number 2, he was the son of a close friend of mine, this is the last of the IWS simulations. They update the Sentry’s OS to enable them to kill, you were lucky you didn’t run into a swarm of them. Derrick, your friend. He contacted me after he heard Razer was on you. Then- then his line went dead.”

“So I guess that means, you’re either here to take me out or-”

“We’re working together.” the stranger cut in, “my name is Arthur, Arthur Lance”

“Wait, did you say Arthur? As in the famed winner who had the fastest win time in the deep mountain terrain scape? I thought you won that Simulation, like 2 years ago, why- what are you doing here?”

“The waiting rooms are boring,” he pushed the lever between them up 15 notches, Car suddenly sped up and soured over the gap in the buildings, “this is much more fun.”

“Look kid, it wasn’t easy. Just shut up and pay attention please. I’ll fill you in on the plan once it’s safe.”

The ride went on in silence as the skyscrapers grew more elaborate and, apparently, taller. Several sentry drone drop shuttles, attempted to overtake but were too slow for the Hover-Car

“Do you have any idea where the flag will be positioned?”

“Flag?! There’s no FLAG in the last simulation! You have to eliminate all opponents! Shut up and let me drive. The sun has to sink below the buildings in the distance, soon the howler Sentrys would be arriving. ” Apparently annoyed with him, Arthur flipped out a small dagger from his belt and tossed it behind him. If he knew that he just intercepted a sniper bolt, he didn’t let on.


hello there.....
All chapters can be viewed here

ps
next chapter is going to be something else o_o

This one has been updated as of 30/6/2022 '-'
All Hail The- (oops spoilers o_O)Cody WilsonFB28Fireblade28Knight of ElaborRazerS.C.A.R.StorySwordswordzThe Last ChanceTLC
Download model inventory: CSV | Bricklink XML
522 pieces
Part
Image
Quantity
Name of the part
Direct Link
Embed Viewer
21 comments
Post comment
Login to comment
Fireblade28
So... I admit the start is quite bumpy, I'll fix that soon... but hey. I think I put some good action in
Dragon_Rider06
Nice chapter! Yeah the start is a bit rocky. This Arthur character sounds interesting!
WizardBuilds1
Excitement…
Greenflame24
Bumpy, like a Bumpy Dig Toad? ... Anyways, I like Arthur... as a character, not a person. He'll make things cool, I can tell . Great job!Seriously, nobody's said anything in hidden text yet?
Fireblade28
@D_R, Thank you! (I'll fix the start after I've finished the book ) I tried to do KoE's character justice

@Wiz, Thank you...
[color=white]Sup Greenie! thank you for posting something in invisible text }: )
@Greenie, *sigh* you see guys, only Greenie truly gets it. Thanks...? I guess
Fireblade28
*dang second time I've done this >_<*
justyouraveragebuilder
Razer is lookin kinda... sus.
awesome chapter!
Greenflame24
@Justy Villeins aren't usually as sustainable as they appear
justyouraveragebuilder 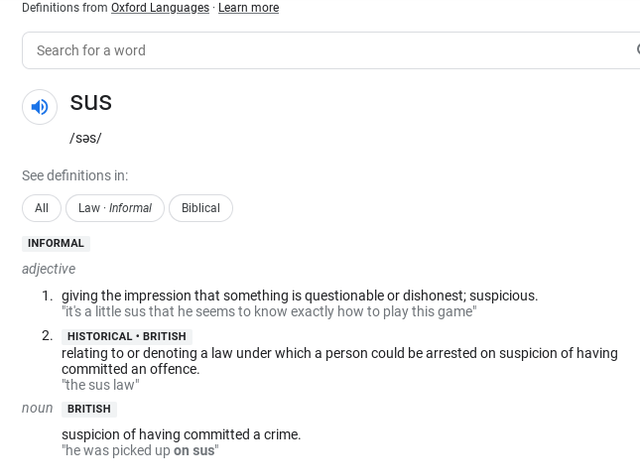 I beg to differ
Fireblade28
@Justy thanks yeah he is quite sus...
Greenflame24
@Justy Well, I might go ahead and pull up my own facts and what not, but I'll let the master explain things, because he's done so perfectly

Fireblade28
@Brickboy, ¬_¬ bruh. that's really annoying. can you not do that on my model?

@Jcfrk, thank you (I'm pretty sure it'll get removed but hey looks cool now!)
JCFRKcorruptlychowscheeseburgers
thank ye
LegoMaster707_2187
Nice! Really good storyline!
Spinjitzukid
Awesome! Keep up the story chapter!
KingofAce
some small grammar issues, but HOLY CRAP that is good! really like it so far!
Fireblade28
@LM, Thank you so much

@SK, Thank you! I shall keep up the story chapter

@KoA, thanks man! I'm glad you do, if you want a hint to next chapter read > Next chapter will be focused on someone else
KingofAce
TheClipper
Sorry Fireblade28, my PM doesn't work right now, please tell me what it is on a model of mine, sorry for the inconvenience
Fireblade28
dw
Ferranbricks
oh nice Episode
by Fireblade28
97 models | 5.7k views