OK
Delete ?
Warning: Adult Content
The content you were about to view is not suitable for minors.
The page that you are trying to access contains adult content, which may not be suited for minors. Please verify that you are aware of this, and are within legal age limit to access this content. Note that we take no responsibility for any content if you decide to proceed to this page as a minor.
Leave this page
I am an adult, continue
Chapter Six
Like
Drag & Drop

No renderings uploaded yet
54
6
About
Inventory
Share
Ok... I don't know what y'all will think of this...


A smell drifted through the room, prompting Tristan too slowly, and groggily, sit up in bed. Chris had insisted that he spend the night, like, really insisted. He stepped out of bed and grimaced. His shoulder hurt.

“Stupid thug,” he mumbled while stretching in hopes of relieving the sore muscle. It didn’t help much, but he was too fuzzy headed to really care. Walking into the nearby bathroom he turned on the sink and began to throw water onto his face. What was that smell, he thought while rubbing his fingers under his eyes in an attempt to clear his clouded vision.

“Bacon!” A muffled shout rose from the kitchen, along with something said by Hope that Tristan couldn’t understand. It was breakfast. Well, he had known that, but now he knew what breakfast was. He dried his face and then walked out of the room and into the kitchen. Hope was busy dealing with the stove, while Chris stood near the wall with a mischievous grin, and a hand full of bacon.

“Good morning Tristan,” she said while throwing an egg shell into a nearby trash ben. “Chris is stealing your breakfast.”

“His breakfast,” Chris gasped. “Hope, it was in my fridge.”

“No, you paid me back for the chocolate I picked up, and the soda.”

Chris shrugged, and then took another bite of his precious crispy pork.

“It was still in my fridge, which is in my apartment,” he said with his mouth full.

“No! You can’t do that,” Chris said, bits of bacon sputtering out of his mouth. “You’re poor.”

“Chris!” Hope said as she threw and eggshell at him. It landed directly above his eyebrow, and then rolled down his shirt leaving behind a goopy trail. Tristan bit his lip, watching these two was like watching a comedy show.

“Wait,” Tristan interrupted with a raised hand. “She throws food at you, and your only complaint was that it was raw.”

“Well,” Chris said sheepishly. “If it was cooked I would eat it.”

“What!” Hope said with a shake of her head. “You would eat a cooked egg shell?”

“I’m just worried that he’d eat something that collided with his face and then landed on the floor.”

With this remark, Hope grabbed another egg shall and threw it at him like nobodies business. However, Chris was prepared this time and deflected it with the back of his hand. It flew three feet in the air, hit the cabinet, and then landed in the pan of sizzling bacon.

“Chris!” Hope said desperately as she flung it (and about a teaspoon of grease) out with her spatula.

Fifteen minutes later they sat at the table and, once again, were provided with more words from Chris. The topics seemed to change rather quickly, from food to cars to the smell of fishermen beards, but remained no less energetic no matter what the topic.

“I’m telling you Tristan, I worked with fishermen for two years before I came here—”

“Half a year,” Hope corrected.

“Yeah whatever, but as I was saying stuff gets caught in their beards and gets so badly tangled you can’t get it out. Thats why they always smell like fish. They are still clean normal people, but a shower won’t get a tangled fish scale out of your bushy facial hair.”

“So were you the only guy who didn’t smell like fish?” Tristan asked with a smirk. “You don’t have a beard.”

“Oh no, he still smelled like fish,” Hope made sure to add in.

“That’s only because I didn’t take showers back then,” Chris retorted.

“Fifteen minutes at the most sis, don’t exaggerate.”

“So you admit that you did take showers?”

Tristan rolled his eyes. He doubted Chris was this stupid, he was probably just putting on the act.

“Speaking of showers,” Chris began in a poor attempt to change the subject. “What kind of soap do poor people use?”

At this remark Hope almost threw her eggs at him, but decided against it and just stood up.

“No you can’t leave!” Chris shouted as he also rose to his feet. “You have to help Tristan pick out his suit.”

“Well then I’m at least clearing the table while you finish your cold food,” she said as she started taking things to the sink.

Before too long, Chris had the living room arrayed with an unbelievable assortment of highly expensive and durable looking ninja outfits.

“These aren’t costumes,” he more than once mad clear. “These are genuine ninja suits that will serve the purpose of any hero.”

“Unless you are some kind of crazy armored flying machine.”

“Yeah but those don’t exist.”

Tristan shrugged, and looked down at a dark blue tunic with brown leather shoulder guards.

“Is all this stuff really necessary. I mean, I can appreciate the weapons you’ve brought,” he motioned towards a small heap on one of the nearby couches. “But I’m just not sure—”

“Bro, it’s necessary, and I already bought this stuff.”

“Ok,” he said with another shrug.

“So what’s your favorite color?” Hope asked while folding a brown mask which Chris had carelessly thrown to the floor.

“Oh, then what about this!” Chris quickly reached inside a box, pulling out a bright green suit covered in ugly snake prints. “It’s green, and kinda junglish looking.”

“Um, no. Sorry. I prefer to work in dark colors, like my jacket.”

“Agh, that make sense. Well, I have a black suit with both gold and green highlights on it. The gold is kinda flashy, but there isn’t very much of it. Hope, hand me that box right there,” he said while pointing towards the cardboard cube that was resting on the table. Once he received it, he pulled out the suit and gazed at the outfit before tossing it too Tristan.

He looked at it for a second. It was sleeveless, but came with brown leather wrist guards. Most of the seams were dark green, and any bits metal were a gold color.

“It’s nice, better than the last.” He looked over at Hope, who smirked. The other green one was probably the ugliest outfit he’d ever seen, and why even Chris would waist his money on it they both had no idea.

“It only have a half mask. See,” he said while holding up a green bandana like object.

“So, I actually like that. I’ve never been one to wear hats.”

“I know,” he quickly managed to interrupt which a raise of his hand. “But my point is I like my hair free. Just feels better.”

Chris shrugged. “Oh well, if you want to reveal half your face, including that noticeable scar, go right ahead.”

Tristan was quiet for a second. That was true, the scar was noticeable.

“You could always wear a headband.” Hope added in.

“A headband, wrap it around your forehead. You also need a haircut, so it might keep the hair out of your eyes.”

Tristan smiled and ran his hand through his hair which, though overgrown to some degree, was not long enough to cover his eyes.

“No seriously,” Chris added in. “I have a green strip of cloth you could put over that. You’ed look like some rogue jungle warrior from two hundred years ago!”

Very soon, due to the relentless prompting of both Chris and Hope, Tristan walked back in in full attire. He honestly felt like an overgrown child who was playing with energetic friends at a sleep party, but nevertheless, he was slightly fringed with excitement. Chris had really taken his simple mission to the next level. All he needed now was—

“What?” Tristan asked in confusion. That was not the first thing he had expected to hear.

“Bro, not that you don’t have muscle, because you really do. However, you’ed look so much better if those bare arms were bulging. Dude, you need to eat eggs, lots of eggs.

Also, that tag better not be true . . . but . . . I know, it's your story.
Operator011
Nice chapter, nice suit, nice writing! Bare arms look much better when bulging, I'm just saying. You know, I'd kind of expect ***** to ***. It makes sense in the story, for Hope, anyway. Overall, awesome chapter!
Greenflame24
@Dragon Do you read all the tags on every model Oh, well... it was the first one... but still... it's like if I make some strange tag you will always comment about it . Anyways, thanks, and I'd say the egg thing is funny... probably because it's so real. . I don't know, but I can just see my sister throwing eggs at me

@O011 Yes, you are right. That's probably why I never go bare armed . Also... I don't know how to decipher *****to*** O_O... Am I just unaware of some kind of strange code...
#MightBeTheFirstChapterYouHaven'tSaidAnythingCriticalAbout... but maybe you were just being lazy
Operator011
Greenie: "***** to ***" is the same thing D_R was talking about.
WHAT? I was NOT being lazy. (xD) In fact, this is probably the first chapter of yours I didn't catch any typos in, so congrats for that.

(Op always has the last smirk. Always . . . . )
Greenflame24
@O011 Ah yes well... that makes sense... and thank you. I'm surprised you didn't catch anything... especially since it was longer than some chapters O_O

Sorry to hear about Chris, he’s a fun character . . .
Greenflame24
@Snap did that work? Ok, whatever Thanks man. Also, how do y'all know I'm not just trying to mislead you?
Operator011
Dragon-Rider06
#

@Greeny, well you already killed of another cool character, so who's to say you won't do it again???
I hope your missleading us . . .
Dragon-Rider06
I like that emoji now . . .

Bro, if I ever finish Armageddon, I definitely hope to write a story like this. You have done a wonderful job so far, keep up the great work! The chapters are detailed, fun, and hilarious

My arms aren't beefy and I eat eggs all the time... something is wrong here

LWProductions
He ate too many eggs, that's all I have to say.
Operator011
Greenflame24
@D_R *off . The answer to the tag actually is kinda complicated...

Greenflame24
In the words of a very famous bunny... "You realize this means war?" 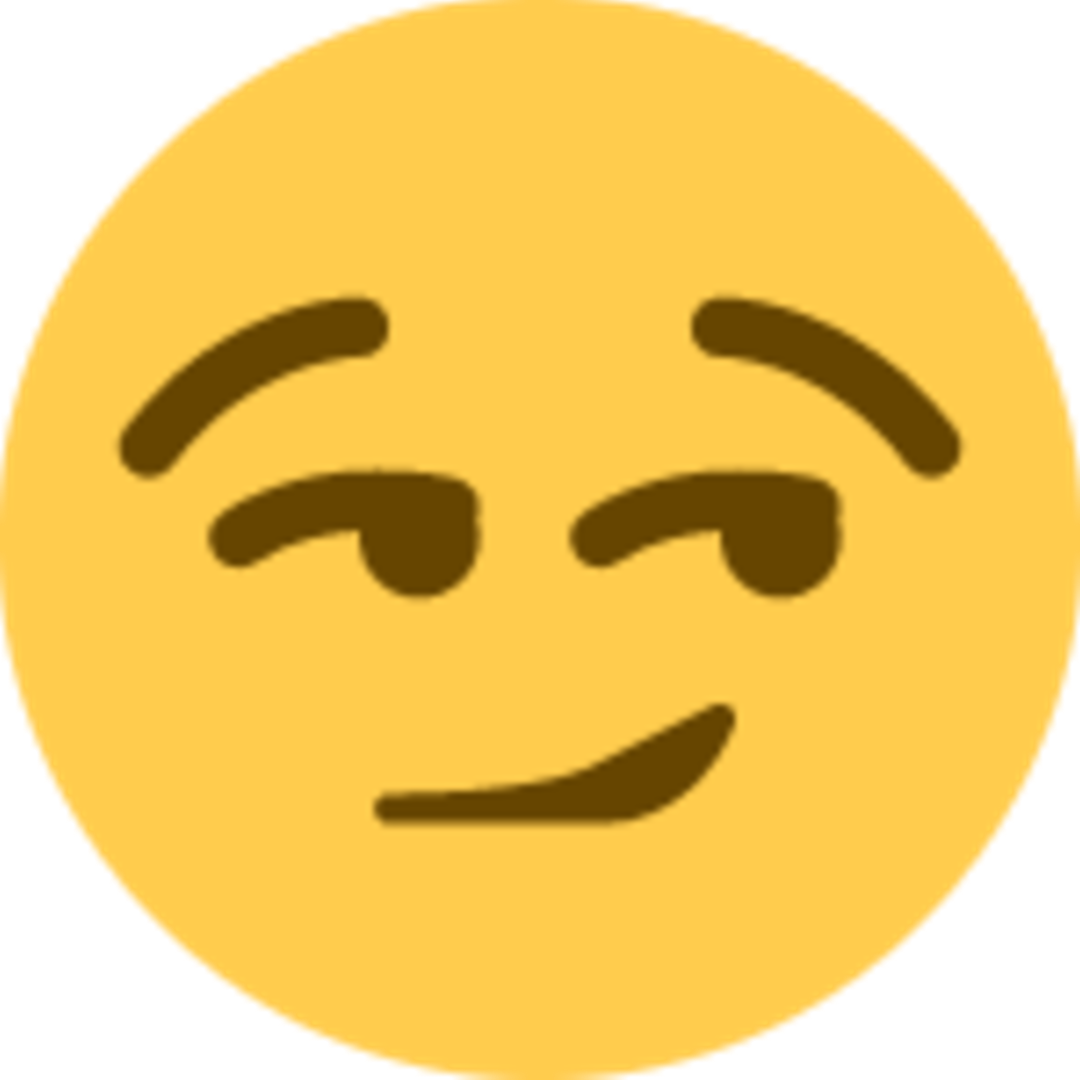 'Nuff said.
Greenflame24
#_#...
Greenflame24
Ok, that looks like someone with big eyelashes
Operator011
Okay, it kind of does. xD
SnapStudio
Chris will die . . . to pride?

Chris will die . . . of himself?
Greenflame24
@Snap The answer has yet to be revealed.
SnapStudio
by Greenflame24
128 models | 9.9k views
Suggested Models
The Constellation
by TrainOfThought
Pop-Up Tennis Book (Lego Ideas Contest - We love Sports)
by LegoFlo
My Presidential Speech!
by Lax_Swag5