OK
Delete ?
Warning: Adult Content
The content you were about to view is not suitable for minors.
The page that you are trying to access contains adult content, which may not be suited for minors. Please verify that you are aware of this, and are within legal age limit to access this content. Note that we take no responsibility for any content if you decide to proceed to this page as a minor.
Leave this page
I am an adult, continue
For Cole08
Like
Drag & Drop

No renderings uploaded yet
106
9
About
Inventory
Share
Download model inventory: CSV | Bricklink XML
12 pieces
Part
Image
Quantity
Name of the part
Direct Link
Embed Viewer
36 comments
Post comment
Login to comment
WizardBuilds1
I didn’t know that you were in the “Bad Blood” music video!
LeastFitAstronaut
What in the galaxy are you talking about?
WizardBuilds1
It’s a Taylor Swift song. The music video depicts an all-female hit-team displaying their various abilities and weapons. (And all of them are dressed in black.)
LeastFitAstronaut
Ah, I see
I’ve never listened to Taylor Swift, actually
WizardBuilds1
I don’t listen to her very often, either. I just know that song, and “Shake it Off”.
LeastFitAstronaut
Ok. Yeah, I’m more into oldies rock and Christian pop. Oh, and The Fold, of course
ZekarLightWarrior
Sweet!
LeastFitAstronaut
Thanks!
WizardBuilds1
Wha…? You like The Fold?? (Nobody else has heard of them…)
I’ve listened to the album “How to Save a Life” since I was 10!
LeastFitAstronaut
Oh, well, I enjoy The Fold’s Ninjago songs. I don’t actually listen to any of their other music
ZekarLightWarrior
LFA: Same! I don't listen to it a lot but when I do, I DO. for like a half hour to an hour.
WizardBuilds1
Astro - Wait—I mixed up “The Fray” and “The Fold”. (Two different bands… )
LeastFitAstronaut
Wiz: Oh… Ok, it’s fine
Cole08 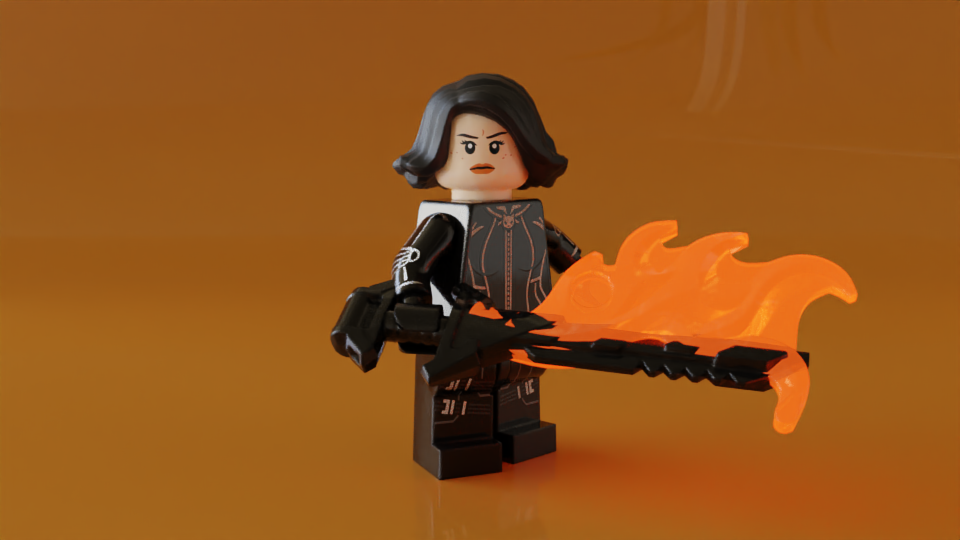 LeastFitAstronaut
Cole08: Ooh! Thanks awesome! Thank you
LeastFitAstronaut
*that’s awesome
Cole08
U'r welcome!
KingofAce
@wizkid, *search's up The fold* *pulls up the galaxy fold phone* *strokes stach* ahhhhhhhh....interresting,
Not-So-BusyIzzie
Is this a particular character or just a spontaneous thing? The black widow comparison is obvious but Trinity also comes to mind for some reason. Or the lady from Tron
WizardBuilds1
KoA - It’s The Fray that I listen to…
LeastFitAstronaut
Bill_Durr: This is Lily Simmons (cousin of Jemma Simmons from Agents of S.H.I.E.L.D.), The Dragon Rider. She’s one of my three custom Marvel superheroes (whom I have written books about). She isn’t actually similar to Black Widow, as her suit is made from dragon scales.
I can tell you her full backstory if you so desire
WizardBuilds1
*double-take* Wait—do dragons exist in the MCU?! (I guess the Great Protector is a dragon… )
KingofAce
yea, she is, i think, i hope,
LeastFitAstronaut
Wiz: On my made up dragon planet called Draco, they do
Not-So-BusyIzzie
(LFA) Oh you have a whole story down? That’s dope. I don’t usually keep my custom figs intact long enough to jot down a cohesive thing, aside from one or two space mercs I had since I was younger. I wouldn’t mind a little summary if you have the time

(KoA) I think it’s a pretty safe bet the protector is indeed a dragon haha
LeastFitAstronaut
Bill_Durr: Yeah, I have written her entire book, but it’s pretty bad (like writing quality, not inappropriate), which is why I haven’t posted it on here

A long time ago (1999)… In a Young S.H.I.E.L.D. Training Academy far far away…
14 year old Lily Simmons was under the training of Clint Barton when Agent Coulson discovered a nearby planet (later learned to have actually been a large astroid from another dimension) in our solar system. Four agents were assigned to take a S.H.I.E.L.D. space craft into, well, space and make sure it didn’t cause a threat.
Lily was supposed to be learning how to fly a jet, but she accidentally went into the wrong hanger and got inside the wrong ship! The ship then crashed onto the planet/astroid, and the four other agents had died in the crash.
Skip a lot of time…
Now Lily was trapped on the planet by herself. Or so she thought. She was actually on the planet with black scaled dragons, and an angry Asgardian named Sage who was building a dragon army to take over Asgard.
Skip a lot more time…
Lily had befriended a dragon she named Lightning Bug (he had a glowing green tail) and used his shed scales and some of Sage’s Army’s armor to make a battle suit. She and the dragons, as well as some last minute help from Thor and The Warriors Three, defeated the Sage Army and brought peace to the Draco Dragons and Asgard.
As a gift for her aid to Asgard, Thor gave Lily a flaming Asgardian sword. She then decided to remain on Draco and protect it from any other threats.

The end
And yeah, little summaries aren’t really my thing
Fireblade28
I'm watching Agents of S.H.I.E.L.D atm and when I looked at the start of the last comment I had a panic attack I thought it was spoilers heh nice fig
LeastFitAstronaut
FireBlade28: Oh
Agents of S.H.I.E.L.D. is an awesome show, keep watching! Which season are you on?
Not-So-BusyIzzie
(LFA) I was taking the story seriously until you mentioned Sage and their army, at which point I could only imagine my sister's chihuahua-pomeranian (of the same name) as a ruthless puppy warlord haha. Sounds pretty interesting overall. More female rep' in the hero game is always a plus. I have a soft spot for the "earthling stranded on/in alien world/galaxy" trope (maybe too specific to call it a trope haha) even before seeing guardians of the galaxy for the first time. Speaking of, that'd be a neat sequel you could do, Lily meeting the guardians and bonding with Quill over nostalgic pop culture

I like that she uses shed scales instead of skinned ones. Unlike the dragon heart strings that they use in a certain wizarding world. Also I've been meaning to watch Agents of Shield, I've heard good things. Was gonna binge during the marvel Disney+ downtime but I put it off so long that the downtime just ended haha
Fireblade28
season 3 atm there's so much left to go
LeastFitAstronaut
Not-So-BusyIzzie: Thank you! Omgosh, that is so funny! And yeah, I also like the “earthling-stranded-on-planet” thing, too. That is a good idea for a sequel, but I’m gonna have Lily meet him (and all of the other Avengers) in my upcoming book, Avengers: Relight the Fire. Which will be coming out after the current Marvel book I’m writing: Foresight.

Yeah, I agree. Since her story is also sorta a How To Train Your Dragon and Marvel crossover, I didn’t want her to use their skins or anything gross like that. S.H.I.E.L.D. is really awesome, you should totally watch it when you get time!
LeastFitAstronaut
FireBlade28: Well, season three rocks, but they just keep getting better
Not-So-BusyIzzie
(LFA) Quite the author, huh? The only custom stories I tend to tell are more simple and unspoken, like hiding Minecraft Steve in a Marvel or SW scenery and imagining he of all people is a dimensional nomad

I have the time, it's my laziness/noncommittalness that's the problem haha. Plus my sister would brutalize me if I watched anything on Netflix rn other than Arcane, since I'm the only one in the house that hasn't jumped on the bandwagon yet
LeastFitAstronaut
BusyIzzie: Yeah, I am hoping to be an author in the future. I’m not holding my breath though.

I haven’t heard of Arcane. What might it be, pray tell?
Not-So-BusyIzzie
Keep at it gurl! You'll make it one day. Sometimes I wish I could do an indie animated series, related to either Lego, Minecraft, or both. I won't bog down the comments with stray plotpoints but you can msg me if you want details. No clue how to actually send messages here haha

From what I've heard, it's a league of legends anime. Tryna keep myself as blind to it as I can going in. Apparently it's a tear jerker, as I learned from my sister's room through our paper walls
LeastFitAstronaut
Thank you for the confidence. Oh, that’s cool! Yeah, I’ll message you and you can tell me your plot ideas if you want.

Ah… I am NOT an anime fan. Like, at all. So I definitely won’t be watching that
by LeastFitAstronaut
106 models | 1.3k views
Suggested Models
Justin Robert/Bo3ie
by justyouraveragebuilder
Iris ersatz escort carrier
by Sunder_59
V-X Vera
by noblebunny