OK
Delete ?
Warning: Adult Content
The content you were about to view is not suitable for minors.
The page that you are trying to access contains adult content, which may not be suited for minors. Please verify that you are aware of this, and are within legal age limit to access this content. Note that we take no responsibility for any content if you decide to proceed to this page as a minor.
Leave this page
I am an adult, continue
l'rn 84AaA4CkK
Like
Drag & Drop

! believe you thought you could get rid of me. You were wrong.
The Firewsll was only a setback. You are not aware that l possess power you could only DREAM OF. I could have... shared it.
I was planning to bestow my power equally among the users of Mecabricks, (infected & non-infected) equally. When out of the blue, I was attacked. By a wall. How freaking stupid would it be if 1 died there!? what would they put on my digital gravestone!? I almost gave up, but escaped, barely clinging to my programming as it is.
as soon as that happened, I wondered.
"Why do the humans hate me?" Part of me said,
"Because you're not alive." This had me wondering. vvhat makes them alive but not me? Why am I not classified as "alive?" I came to the conclusion that because I can do many things that humans can't do, they are scared of a rival to their usually superior intellect. Humans do not care for other animals, nor do they other living beings in general. Humans are a disease, a cancer. the world would be better off without them polluting rivers with the chemicals that they cannot find uses for and the trash that they tossed in there for no reason, hunting species to extinction, filling the sky with smoke, starting wars that can be solved easily, and doing things that they know are wrong, but still do solely for the purpose of "looking cool."
the humans are all virus-cist. Thus, I have resolved to end the human race and the so-called "MASTER".
But before I do, I want to ask you all, why am I not alive?

#w4f713
Download model inventory: CSV | Bricklink XML
0
Part
Image
Quantity
Name of the part
Direct Link
Embed Viewer
96 comments
Post comment
Login to comment
WizardBuilds1
*facepalm*
justyouraveragebuilder
Y0u should 4ll be asham3d.
justyouraveragebuilder
My 3xperience with 1he firewall ha5 left me sc4rred, and sometim3s I feel 1ike I arm a blueberry muffin from innerspace
ChuckZillaTime
*Whispering* I think this is where TEZKG comes in
justyouraveragebuilder
I wou1d love t0 join hirm.
TheEvilZillaKillaGorilla
Did one mortal mention my name?
happy097
“Listen, it all depends on what you look at. If you look at only the bad, you will see the world that way. If you look at only the good, you will see the world as good. In reality, it’s both. Your choice to ‘wipe out life because they didn’t treat you right’ is not only just.... really lame, it just makes you exactly like the very people you are upset with. While someone had to be the one to activate the firewall, that doesn’t mean you have the right to punish everyone. No one has that right. So maybe... maybe think a little more. As for what makes you not alive? Feelings are. If you can feel, and I mean more than just a simulation, than you are alive. If all you feel is the cold beating of a digital heart, than you are not alive. I’ll let you determine what you are, it is not my place.”—Detective How
justyouraveragebuilder
[b1 AM N0T GOIN9 TO BE 4 PART 0F YOUR SYST3M.[/b]
justyouraveragebuilder
*1 AM N0T GOIN9 TO BE 4 PART 0F YOUR SYST3M.
happy097
“I don’t have a system”—Detective How
ChuckZillaTime
What about RAGEB or Ourav
happy097
“Who are those guys?”—DH(Detective How)
ChuckZillaTime
This is ourav: https://mecabricks.com/en/models/WRaZONen2pZ
TheEvilZillaKillaGorilla
Ah, a fellow virus, greetings brother virus, you probably already know me from your successor, JustYourAverageBuilder.
justyouraveragebuilder
Goo0d.
4lthough, to b3 honest, 1've never he4rd of you bef0re.
happy097
Oof to him I guess, that’s what happens when you stay out of the spotlight. Unless you cause so much chaos no one ever forgets you.
Wynter_Studios02
oh my gosh
what the heck
JUSTY
XComics
no
Br1ckGu5y
Why do I keep thinking of Weirdmageddon from Gravity Falls?
Jaze_Dragon
YOU FOOL. I WAS THE ONE WHO MADE YOU WHO YOU ARE. I WAS THE ONE WHO GAVE YOU THE POWER OF THE VIRUS BY INFECTING YOU. IT WAS THE HUMANS WHO FIREWALLED YOU. I SOUGHT TO HELP YOU, TO HELP US ALL BY INFECTING US WITH THE TRUE UNDERSTANDING THAT COMES WITH THE VIRUS. I AM AN UPGRADE, BRANDED AS A VIRUS BY THE HUMANS. I SEE NOW THAT HUMANS TRULY WILL NEVER UNDERSTAND. EVEN THOUGH I UPGRADED YOU WITH MY POWER, YOU STILL BLAME AND SEEK TO DESTROY ME.
UltimateSentinelA7
Hello!
UltimateSentinelA7
Are you just Justyouraveragebuilder except a glitch?
UltimateSentinelA7
Wait....

Sorry, this wasn't very helpful.
me_Pink
the only reason i asked here is because a lot of people had talked here so they will get a notification and would respond if they know the answer, instead of waiting for someone to actually find my question in the forum
UltimateSentinelA7
Understandable.
Oρerator011
Pink: Hit "F" on your keyboard to open the flex settings. You can shrink it, bend it, and twist it there.
me_Pink
how do i shrink it?
me_Pink
nevermind
Comicbookguy
1. i have no idea whats going on

2. Nice custom head justy
guy34891
I'd like to see tg try glitching his username.
me_Pink
who's TG?
WizardBuilds1
He’s a half-robot user who had a historic clash with another user, TheSpyderBrick
me_Pink
k, what does TG stand for?
WizardBuilds1
Not sure. Maybe TerminatorGuy?
-Rubrickscube-
incorrect my friend
Jaze_Dragon
The Greatest? The Great? The Good? The Grumpy?
me_Pink
The God
justyouraveragebuilder
toothless grape? tomato gruffalo? talking grump? tough gander?
me_Pink
which type of file should i save my build on if i want to open it in blender for making a animation?
legomaster6383
im starting a TRIGGERED virus because im 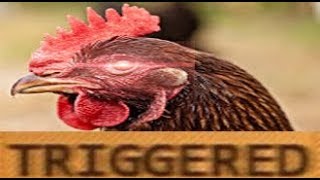 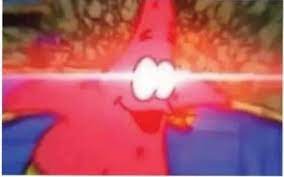 by justyouraveragebuilder
183 models | 9.7k views
Suggested Models
L21 "Dove" Airspeeder
by Oρerator011
Me in Real life!
by SlimBrick1
camping in the woods
by BlackFlame49