OK
Delete ?
Warning: Adult Content
The content you were about to view is not suitable for minors.
The page that you are trying to access contains adult content, which may not be suited for minors. Please verify that you are aware of this, and are within legal age limit to access this content. Note that we take no responsibility for any content if you decide to proceed to this page as a minor.
Leave this page
I am an adult, continue
Grumman F-14 Tomcat
Like
Drag & Drop

It is an American supersonic, twin-engine, two-seat, twin-tail, variable-sweep wing fighter aircraft. The Tomcat was developed for the United States Navy's Naval Fighter Experimental (VFX) program after the collapse of the F-111B project. The F-14 was the first of the American Teen Series fighters, which were designed incorporating air combat experience against MiG fighters during the Vietnam War.

The F-14 first flew on 21 December 1970 and made its first deployment in 1974 with the U.S. Navy aboard USS Enterprise (CVN-65), replacing the McDonnell Douglas F-4 Phantom II. The F-14 served as the U.S. Navy's primary maritime air superiority fighter, fleet defense interceptor, and tactical aerial reconnaissance platform into the 2000s. The Low Altitude Navigation and Targeting Infrared for Night (LANTIRN) pod system was added in the 1990s and the Tomcat began performing precision ground-attack missions.

In the 1980s, F-14s were used as land-based interceptors by the Islamic Republic of Iran Air Force during the Iran–Iraq War, where they saw combat against Iraqi warplanes. Iranian F-14s reportedly shot down at least 160 Iraqi aircraft during the war, while only 12 to 16 Tomcats were lost; at least half of these losses were due to accidents.

The Tomcat was retired by U.S. Navy on 22 September 2006, having been supplanted by the Boeing F/A-18E/F Super Hornet. The F-14 remains in service with Iran's air force, having been exported to Iran under the Pahlavi regime in 1976. In November 2015, reports emerged of Iranian F-14s flying escort for Russian Tupolev Tu-95, Tu-160, and Tu-22M bombers on air strikes in Syria.
(https://en.wikipedia.org/wiki/Grumman_F-14_Tomcat)
AirAirplaneF14Fighter
Download model inventory: CSV | Bricklink XML
219 pieces
Part
Image
Quantity
Name of the part
Direct Link
Embed Viewer
6 comments
Post comment
Login to comment
SamW
I love the f-14
samui
Best design ever, 50 years anniversary of its 1st flight it still a wonder.
samui
Here my previous approach to this beautiful design with my TENTE pieces decades ago 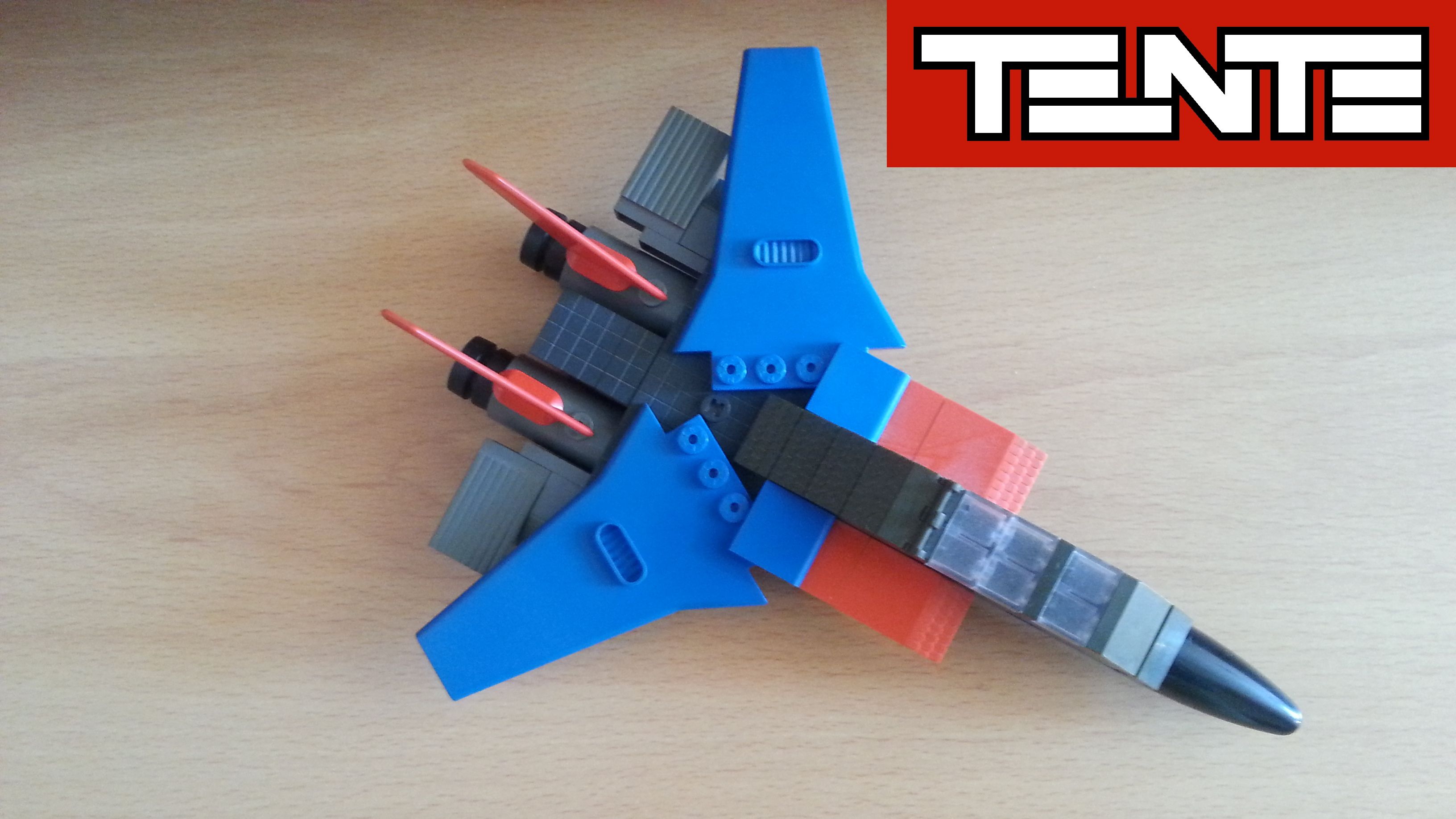 SirChristianVII
I'm building CVN-65 (My dad served aboard for the greatest part of his twenty year service, up until it was decommissioned), and wanted to know if I could use this in my model.
samui
Sure @SirChristianVII, no problem. I would like to see your USS Enterprise!
SirChristianVII
My model has, as I’ve been working on it, shrunk to a much smaller scale. This is actually too large, so I won’t be using it. It’s still a wonderful model!
by samui
35 models | 8.6k views
Suggested Models
Pzas pozo
by ProfesorRamiro
Ford Raptor Mod Recreation
by Moki_314
Pzas Pozo 2°
by ProfesorRamiro