OK
Delete ?
Warning: Adult Content
The content you were about to view is not suitable for minors.
The page that you are trying to access contains adult content, which may not be suited for minors. Please verify that you are aware of this, and are within legal age limit to access this content. Note that we take no responsibility for any content if you decide to proceed to this page as a minor.
Leave this page
I am an adult, continue
Reapers Cover
Like
Drag & Drop

I've wanted to make a model for some books from my favourite author for a long time, and now I finally got around to it. To be fair, this is not the highest standard, but it's something.

Recently, I actually finished a "video" review for Reapers, one of his best works so far.

Friendly reminder:
Please mute or put on headphones.
Written version included below, since my voice really isn't good enough to play on speakers. 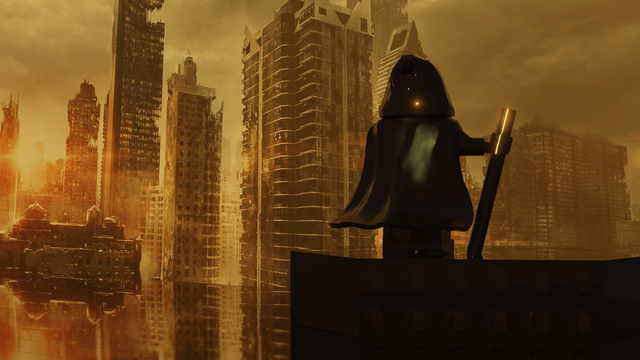 Captured My Soul | Reapers Review
Dystopia. It has long captured our imaginations no matter what form it takes – sometimes a little too personally. Serving primarily as a warning to what the world can become, dystopia is instantly a highly important art form. Combine that with the thematic powers of fantasy, and you get one of the most powerful forms of fiction imaginable. All this and more are achieved by Bryan Davis in his book Reapers, combining masterful characters with incredible writing to create a truly unforgettable experience.
The central fact of life in the world of Reapers is that souls of the dead are unable to exit the land of the living – at least, not without help. Reapers such as our protagonist Phoenix collect the trapped souls and pass them on to the Eternal Gateway. There, the centuries-old and allegedly benevolent Gatekeeper rules the world with an iron fist, ignoring his subjects who are dying from disease and radiation poisoning. Despite this evil, every Reaper obeys without question – even Phoenix, who has compassion for the dying rather than callously harvesting their souls to meet his quota. The narrative comes as more and more of his friends and loved ones are betrayed, imprisoned, and murdered, forcing Phoenix to confront the evil in the world in a bittersweet crisis filled with desperation, jeopardy, and sacrifice.
Typical tropes and standard subversions are destroyed by Bryan Davis, breathing life into this novel. For example, the heroes and villains rarely try and keep major motivations a secret from each other. The Death Enforcement Officer explains she is simply using brute force and manipulation to ensure Phoenix participates in a massive reaping. Phoenix responds stating that he wants to rescue his friends when he ultimately accepts her “offer” and uses it to barter for less observation. This, of course, is simultaneously genius and obvious. Think about it. Say your best friend was captured as a hostage so that a terrorist can make you to kill a bunch of prisoners. There are no authorities that can help you, you’re on your own. Do you just go along with everything the terrorist says, secretly planning to rescue your friend? Perhaps, but clearly explaining that you have zero motivation to kill for him without a chance to rescue your friend and arguing for less observation is easily a hundred times smarter. Simply astounding character work all around.
Bryan Davis writes the most believable heroes and villains I have ever witnessed. Every motivation is clear, everyone acts their age, and, in a unique moment I have never experienced either before or after, I read a character’s lines in her native accent completely by accident. Every piece of dialogue is realistic, every scrap of skill earned, every fraction of character fought for! No other author fashions characters that are so honest and authentic. But, in today’s world, perhaps the most impressive thing that Bryan Davis has achieved is compelling female characters. Singapore, Shanghai, Alex, Misty, Molly – all completely unique, genuine and their utter strength as characters comes from their flaws.
Honestly, I wish I could talk about Reapers for hours. The plot and characters are just that intriguing. But I’ll leave you with this. If you feel that, collectively, storytelling has long since scraped the bottom of the barrel and is now mining underneath it for the grubs of story in the offhand chance of a No Way Home, you must give Reapers a try. This was not the first book that came to mind when I sat down to write a review on one of Bryan Davis’ thirty titles, but Reapers just utterly captured my soul. Let it seize your heart as well.

Here is a purchase link direct-to-author (probably only worthwhile if you live in the US, unfortunately - otherwise Amazon will be much cheaper):
https://www.theauthorschair.com/shopping/product/1-reapers